Comilla, a small, non-descript town in Bangladesh, enjoys a secret that the rest of the world does not know. Benefiting from thriving cultural and religious diversity, the town is dotted with Hindu temples, Muslim mosques, Christian churches, and Buddhist temples. One religious festival or another is occurring every month, while the most beautiful sight is the town’s people enjoying them together. The streets are decorated with an array of colors, as the aroma of spice and sweets is somewhat of a sensory overload. One of my favorite authors, the Indian born Rudyard Kipling, stated that, “the first condition of understanding a foreign culture is to smell it”. Perhaps what Kipling was alluding to was the importance of witnessing travel through your own senses. 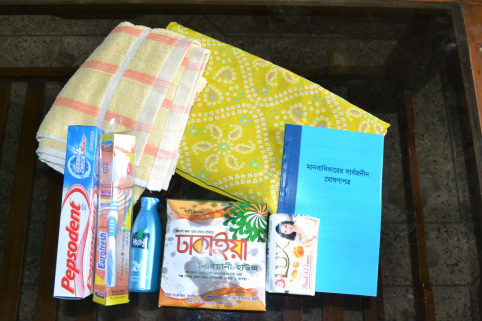 The Nari Kit for Bangladesh
Under all of the beauty of this town lies the dark underbelly of domestic abuse.  As Bangladesh is cited fourth in the world for domestic abuse, I decided to implement my first Nari Project in this small town, and partnered with a local women’s advocacy group that did not have the funds to maintain a shelter. My initial steps involved working at the shelter to better understand their process and interviewing ex-victims to further tailor the kit. I began creating and distributing the kits as clients came through the advocacy group. By the end of the month, I had distributed kits to 30 women. 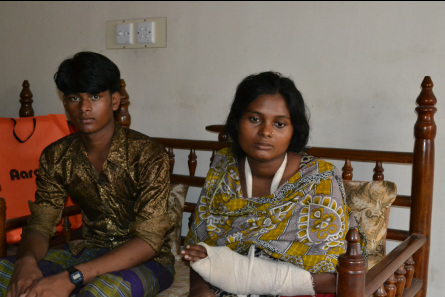 A client of the shelter with her brother
My research didn’t stop there. I continued to follow up after I returned, and found that my kits were largely effective. During the initial stages of my project, an advisor told me that my project had the potential to help women all over the world. Since I had worked in a developing country, I thought it would be interesting to carry out similar efforts in a developed country, so I chose Dallas as my next location. This cross-analysis will help me determine the kit’s effectiveness on a global level. 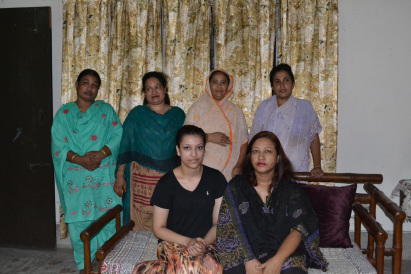 With the volunteers in Bangladesh
The Bangladesh Nari Kit:
Powered by